My cooking is simple and intuitive. It comes from the Italian tradition I grew up in, in Treviso, near Venice. French by adoption, I am an eclectic person and love sharing my gifts and giving tips. I experiment, teach and let people taste my cooking. 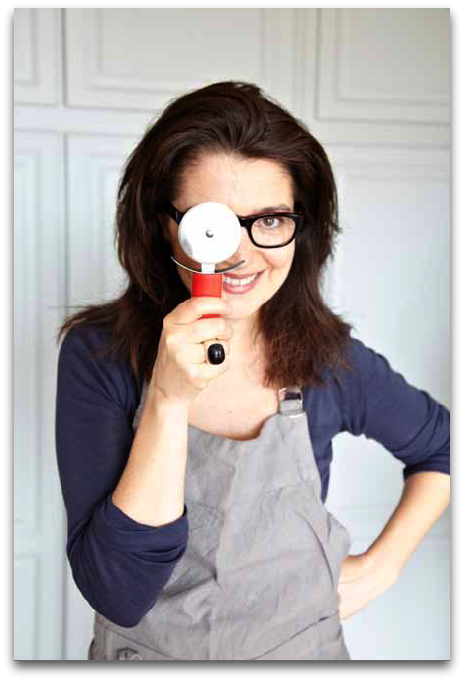 I was steeped in cooking from a very young age, falling under the spell of the scents, perfumes and aromas in my home town. My aunts and grandmother, who came from Emilia-Romagna, the kingdom of fresh pasta, contributed to the amazing atmosphere of our family meals. Their fridge was full to overflowing of all sorts of good stuff. I looked at them in wonder, while they were concocting “tortelli di zucca” (pumpkin tortelli), “tortelloni alle erbe” (herb tortelloni) and “cappelletti” (parmesan & parma ham tortellini), some of the regional specialties. And of course, I followed suit. In my own way.
While studying literature and foreign languages, and after that, when I worked in a different field, I used to go to France every now and then. In Treviso, I took some classes from Renzia Sebelin, who learned her art from the very best Italian cooks.

But I needed more, and Paris was calling me. I took other courses at the Ritz and the Cordon Bleu. I was eager to learn more and more about the city and its food culture, and to start out on a new adventure, far from my beloved country.

I have now been living in France for twenty-five years. At my first job in Paris, I was in charge of appetizers and desserts for an Italian restaurant. In the meanwhile, I attended food history classes at EHESS with Jean-Louis Flandrin (I have very fond memories of our historical dinners at the end of the academic year !). Then I was employed at Casa Bini, the first Tuscan restaurant in Paris. Thanks to Anna Bini, the owner, I discovered food styling. It was an unforgettable experience.

Ready for a change, I joined the Maison Ladurée under the well-known French Chef Patissier Pierre Hermé, with I spent three years. There, I was in charge of the menu for savory dishes, creating the kind of food I love: light with plenty of vegetables.
After Ladurée, I decided to stand on my own two feet and introduce my recipes to a broader public. The artist Philippe Model was the first to have faith in me, hosting events for which I handled the professional cocktails. Some journalists then asked me to collaborate as a stylist and cook writer. Since then, I have written articles and recipes published in magazines such as Saveurs, Elle, L’Express Style, Marie-Claire Maison. Meanwhile, I’ve been collaborating with the Marabout publishing house. My first volume dates back to 2004 and I am now planning my 15th book.

Today, while musing over recipes to write, I advise restaurants and culinary companies.
My various experiences can be summarized in one unique philosophy. I cook the Italian way, simple, tasty, fresh and natural, using lots of vegetables and choosing the very best ingredients from my country.